As published on CoStar

Roughly five months after the state of New York passed stricter rent control legislation, multifamily sales have plummeted in the Big Apple, and investors who normally wouldn’t buy apartment properties outside the five boroughs are looking across the Hudson River for potential acquisitions.

There is both empirical and anecdotal evidence that the tougher rent control rules, signed by New York Gov. Andrew Cuomo in June, are disruptive and have curbed some types of apartment-building sales in New York City, though the luxury market remains solid. The volume in overall multifamily sales for the first three quarters this year is at about $6 billion, according to CoStar data, lagging far behind prior years. Meanwhile, such sales volume in New Jersey is on track to surpass last year, according to CoStar.

And in New Jersey some brokers said they’ve seen an increase in the number of New York-based investors who are expressing interest in Garden State apartment complexes, prospective buyers turned off by the new rent control regulations. The New Jersey brokers did caution, however, that it’s too early to quantify the exact impact New York’s updated rent rules will ultimately have on the New Jersey and other East Coast markets.

New York lawmakers this summer passed a package of bills that overhauled the state’s rent regulation system with the aim of broadening protections for tenants. In part, the regulations limit the ability for landlords to raise rents following individual apartment improvements, or IAIs.

As a consequence of the regulations, experts predicted investors would shy away from acquiring New York apartment buildings with even a moderate number of rent-regulated units, and that owners would stop making pricier renovations and improvements at rent-controlled buildings, for fear they won't get an adequate return on investment for their spending, experts said.

"The new Tenant Protection Act, passed in early June, is expected to dampen liquidity in the market," according to a CoStar report. "The controversial legislation will almost certainly lead to a reduction in value-add plays for assets with stabilized units in their mix."

New York landlords with rent-stabilized units face the problem of rents remaining "artificially low even as expenses continue to rise," according to Mark Fisher, senior vice president with CBRE Capital Markets in New York. As a result, New York multifamily owners may opt to use capital they once would have spent to make building improvements to instead buy New Jersey apartment properties, according to some brokers.

"Free-market buildings are not going to be affected by the new laws," said Nishant Shah, an associate director in the multifamily group at the New York office of Cushman & Wakefield. "Rather, we will see the effects on middle market, which has the most inventory of stabilized units. We look to be finishing the year down in number of transactions, but how down depends on buyers and sellers' reassessment of values."

The roughly $6 billion volume in New York multifamily sales in the first three quarters of 2019 is pacing below four of the past five years, according to Victor Rodriguez, associate director of analytics covering the market for CoStar.

"After approximately $10.8 billion traded hands in 2018, there has been a lull in investment activity," Rodriguez said. "It appears the recently passed legislation has altered strategies of some investors."

Following the new legislation's passage, there's "a lot of digestion right now in the multifamily market," according to Shah.

"The first quarter was slow, but the third quarter was slower than the year started," he said. "We are still going through a period of reassessing assets and how to value them."

The change in the regulations "has been a disaster for many owner operators and/or investors," Fisher said.

"There have been almost no new, significant multifamily sales since June in the outer boroughs," he said. "This legislation has eliminated an entire market. A multifamily property with significant percent of rent-stabilized units will see a serious decline in value since they can no longer can gain from units coming off rent-stabilized.” 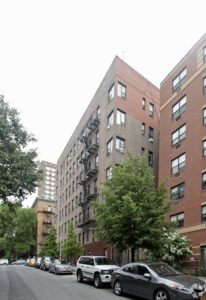 The impact on value appears to have started happening already. For example, Orbach Group in August sold 50 Manhattan Ave., a 49-unit Upper West Side apartment building with a majority of regulated units, at a sizable loss. It acquired the building for about $25.8 million in July 2016 and shed it for roughly $15.7 million. Officials at Orbach, based in Englewood Cliffs, New Jersey, couldn't be reached for comment.

New York’s loss may prove to be New Jersey's gain as the repercussions of the new rent control legislation impact the tri-state area. There's been a surge of interest in New Jersey multifamily buildings, and there will likely be similar interest in other markets outside New York, according to brokers.

"Everyone is feeling the impact of additional people looking to place their dollars outside of New York City as a result of the rent rules," said Brian Whitmer, executive director of the Metropolitan Area Capital Markets Group at Cushman & Wakefield in East Rutherford, New Jersey. "It stretches all down the East Coast. You can say it’s coast to coast because at this point you have people who for multiple generations have traditionally only invested in, in the small geography of Manhattan."

"Over and over again," these landlords invest in New York real estate and make improvements to their apartments, according to Whitmer. But owners can no longer charge commensurate rent increases to offset their capital expenditures.

"You can’t say they are not looking to do it, but it has stifled their return from doing it," Whitmer said. "So now they’re saying if I have investment dollars to place, looking outside of New York City is going to have a greater return."

Since the new rent control legislation was enacted in New York, Whitmer said Cushman & Wakefield has seen a 20% to 30% uptick in investors expressing interest in multifamily properties for sale in New Jersey.

"And the additional people are not people we have normally seen show interest in properties outside of Manhattan and the boroughs," Whitmer said.

In one transaction in Central Jersey, a multifamily property that fit the profile that many New York investors typically look for — a building owned by the same person or family for multiple generations, with few improvements made — generated "aggressive bidding that is some of the highest we’ve seen in years," according to Whitmer.

"And that is a new phenomenon for us, in terms of who we saw and how aggressive the bidding got," he said.

Jose Cruz, a senior managing director at JLL in Morristown, New Jersey, like Whitmer said there are a number of investors who historically haven't made multifamily purchases outside of New York who are now eyeing the Garden State.

"Some of those groups are now asking questions, specifically about the [New Jersey] waterfront and the more infill suburban markets," Cruz said. "Markets outside of the tri-state area might also be on the menu for a lot of these groups because it’s not limited to just New Jersey."

While it is happening, it's still too early to measure the full impact, according to Cruz and Whitmer.

"We definitely see it, feel it, and we know it's there," Whitmer said. "I’ve had different investment analysts from Wall Street calling to ask me can I quantify it. How much capital is coming out of Manhattan to New Jersey? I don’t know how to do that yet until we get months or years of it under our belt."

Unlike New York, northern New Jersey this year is expected to surpass last year's sales volume for multifamily properties. There have been more than $650 million in sales through the third quarter, "placing transaction volume within reach of the roughly $660 million traded last year," CoStar said in its most recent report on the market.

One of New Jersey’s largest multifamily sales so far this year involved one of New York’s biggest landlords. In August, Cammeby's International purchased properties with just over 1,000 apartments in Essex County, New Jersey, for $173.3 million. The real estate firm owns thousands of rental units in New York, primarily in the outer boroughs, according to CoStar data. The New Jersey buildings it acquired were mainly older garden apartment complexes. 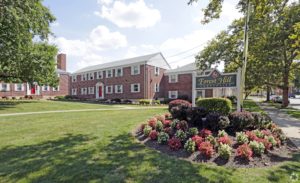 "As the money that used to go to the island of Manhattan starts to look other places, Jersey was one of the first and probably will be one of the biggest beneficiaries of that in terms of asset appreciation and level of transactional activity for sales," Whitmer said.

The repercussions on investment in New York multifamily buildings is no surprise to Dmitry Levkov, a senior managing director in Colliers International’s Structured Finance Group in New York.

"An investor of mine just prior to the law spent $75,000 on renovations and according to the new law he is only able to raise the apartment rent by $50 a month, which makes no financial sense going forward," Levkov said. "So what is going to happen going forward is that strategy is going to completely disappear, leaving these buildings in bad condition."

New York investment "is in a holding pattern right now, basically waiting to see where the yields and cap rates are going to settle," according to Levkov. Eventually, landlords with properties with many rent-controlled units may sell them, he said.

"It will take time for people owning those buildings to really hurt and to really start dumping them on the market where it becomes an opportunity," Levkov said. "We haven’t seen that yet. But soon enough, we think we will. Everybody’s trying to figure out a way how to make their cash flows work.”

At a Meadowlands conference in late September in New Jersey, JLL Chief Economist Ryan Severino was asked about the impact of New York's new rent legislation.

"Despite whatever’s happened in society these days, I’m still a pretty laissez-faire economist, and I look at that and I think, if you want demand exceeding supply then you don’t try to legislate demand," he said. "You should try to increase supply. It works in every product/service in the world. It would work in real estate. So as a consequence of that, you start artificially restricting supply growth."

Severino sees that as an advantage for New Jersey.

"As long as New York and the New York metro economy continue to be a draw, if they are limiting the available residential inventory in the city itself, then people will have to go somewhere else," he said. "And I think New Jersey will be one of those places. To be fair, we have definitely benefited from that over time. I think this has the propensity to probably exacerbate that."